Here are the quick movie reviews for Apollo 11, Transit and Hotel Mumbai.

Living at a time when the average person compulsively records, shares and archives images and video of the mundane unimportant things they experience in their day-to-day lives, it can be hard, both emotionally and intellectually, to accept that most of our species’ defining moments have been lost in the sands of time. The world has access to more footage of cats playing a piano or a seal slapping its stomach than it does the entire Roman Empire, and that’s just the way things are. Which puts something like the moon-landing, an earth-rattling event that came after the advent of the moving image, in a unique place. It’s something we all know that happened (or well, most of us do), and images of its success are among the most iconic ever taken. The history is right behind us, still close enough to reach back and touch, and yet it feels just a bit unreal. Not fictitious, but rather too dryly factual; we know what happened in July of 1969, but a growing number of generations can’t access the true awe of the launch, or appreciate how that one giant leap for all mankind made the dreams of an entire planet seem possible.

Which puts Todd Douglas Miller’s Apollo 11 in an interesting light. Free of talking heads, reenactments, and newly-recorded narration, this documentary takes viewers on this nine-day journey, constructed from astounding, never-before-seen 70mm, 35mm and 16mm footage, as well as audio culled from over eighteen-thousand hours of tapes. Perhaps an initially unintended result when NASA handed over this remarkably pristine footage to Miller, his documentary is also a fascinating time capsule of this specific era.  Yet for something that’s so purely visual and can be sold as a direct cinema experience, there are some elements that do detract. The score by Matt Morton gives the proceedings an electronic, otherworldly feel, even if it can feel overblown at times. There’s so much incredible raw visual power in the images presented that they can completely stand by themselves. One doesn’t need Hans Zimmer-esque bombast during some of the sequences, yet it is often employed to give more unnecessary gravitas. Miller also adds many on-screen points, countdowns, and instructional how-to diagrams of their mission. While these elements help pinpoint the feats the crew needs to pull off, it at times takes away and muddles the total immersion in the footage.

Undeniably there’s nothing like the real thing, and Apollo 11 is able to show it to us as if for the first time. It takes a little while before this starts to feel like just another documentary, but even a short-lived miracle goes a long way. With fifty years now having passed, it seems difficult to imagine our country becoming as unified over a single event again, and Miller’s political statement is never more clear when the hopeful words of JFK ring out in the film’s closing moments. With a current president who seemingly seeks to divide and denigrate, Apollo 11 is a much-needed testament to innovation through shared inspiration.

The sensation of dissonance sets in early in Transit, maybe at the first sight of a car. We’re in Paris, that much is clear. Armed guards patrol the streets, setting up checkpoints, issuing a familiar demand: “Your papers, please.” A German man, Georg (Franz Rogowski), haunted and desperate, is fleeing a wave of fascism that’s engulfed Europe. There is talk of camps and cleansing, words that have burned themselves into the historical record, onto the collective memory of WWII. But something’s off. The cars, the wardrobe don’t look very 1940. These details tug at the realism, undermining any sense of certainty about the timeframe. And then someone speaks of a movie about zombies in a shopping mall and it becomes impossible to ignore the displacement any longer. When, you have to wonder, is this film set?

The answer, as it turns out, is an indeterminate “some time”: a then and an earlier then and maybe, by extension, a right now. That’s the tricky genius of Transit, a period piece who’s period remains pointedly tough to pin down. The film is based on a novel by Anna Seghers, published in 1942, that very explicitly situated itself in then-current events, against the backdrop of the Nazi occupation and under the shadow of Hitler’s war machine. But writer-director Christian Petzold has taken some rather dramatic liberties with the source material. He’s collapsed the last century into this one to get at how the horrors of the war have played out again and again on the international stage, history repeating itself endlessly, like some kind of historical amnesia. 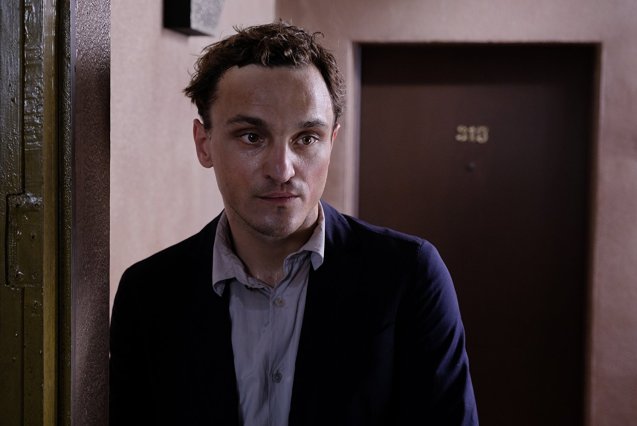 The weight of that history often falls on the film’s remarkable lead performance by Franz Rogowski, whose cleft palate and lanky frame make him fascinating to watch. Rogowski is one of those actors that just simply has that look, that face, joining an elite group of actors with unique tantalizing faces and overall physique in general. There’s something about his brooding existentialism that helps him bring an emotional reality for his character’s dislocation. He is a ghost caught between worlds. Which, of course, is what Transit is communicating: the heavy truth that to be adrift from country is to be adrift from self. Because when it comes to people without country fleeing for their lives across the globe, there is no old or new, no then or now, no past or future, just an awful present tense.

If there seems to be a continuous need to keep making action movies out of the most unspeakably horrifying terrorist attacks of the 21st century (which is still up for debate), they might as well be as lucid and humane as Anthony Maras’ directorial debut Hotel Mumbai. A dramatization of the November 2008 ambush on India’s largest city, the film is obviously harrowing to the extreme. Almost insufferable, in fact. However, Maras’ powerful debut feature only deserves so much credit for its craft. It isn’t that hard to pillage engrossing entertainment from the scene of a real massacre, and scavenging the dead for cheap suspense often is closer to robbing graves than it is to making art. The value of a movie like Hotel Mumbai is not and cannot be measured by how engaging it is to watch. The grisly nature is only a mean to an end. What redeems Hotel Mumbai from morbid opportunism is that, in all but its slickest and most Hollywood moments, the thrills of Maras’ heart-wrenching dramatization are never an unto themselves.

But, with the benefit of facts on its side (all but one character is a fictional composite), Hotel Mumbai leverages the broken dichotomy between guests and staff as an opportunity to celebrate the heroism of the Taj Mahal Palace Hotel’s Indian employees, who don’t abandon their clientele just because they can. And majority stay, refusing to make the distinction between tourists and natives, refuse to be clouded by the shadow of colonialism, refuse to believe that they were stronger alone than they were all together. Even when Maras’ script (co-written with John Collee) is a bit clumsy about how it pushes two of its characters (Dev Patel’s Arjun & Anupam Kher’s Hemant) into leadership roles — brace for a racist old white lady, and a scene in which Arjun dissolves her fear by explaining the meaning of his turban — Patel and Kher are believable enough to push through these eye-roll moments. 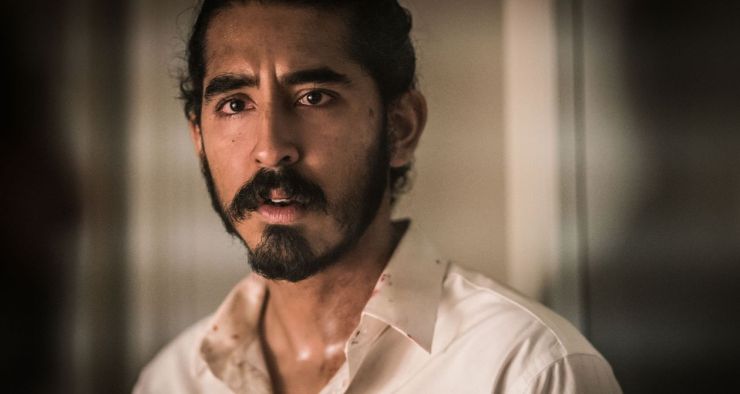 Which makes for a transparently stark contrast with the terrorists, who have been indoctrinated to think about their targets as if they’re animals. And yet, Maras’ script affords the murderers a measure of humanity without absolving them for their sins. The terrorists are almost as scared as everyone else, instilling fear in others in order to obliviate their own. They tell jokes. They call their parents. The movie doesn’t ask its audience to forgive the killers, or to sympathize with them in the slightest; it simply argues for the unrealized potential of these lost young men, who were nurtured by a hatred that didn’t come to them naturally. Yet at times the screenwriters’ guiding hand — and not the wrinkles of history — determine who lives and who dies, needlessly complicates the suspense. But if any of the humanity mined by Maras’ film ever takes root, perhaps the real victims who inspired these fine stand-ins will not have died in vain.