The teen party movie is a genre that has been done and redone many, many times. So many times it may as well be an algorithm, so every new movie that rises to the challenge faces heavier expectations. Booksmart, yet another buddy movie about one wild night at the end of high school, takes the reins of the genre and confronts these odds with a crushing wit that never slows down. Olivia Wilde’s directorial debut transforms an episodic script into an endless stream of hilarious antics rooted in the authentic chemistry of its two leads as they travel through their zany misadventures. The best comedy of its kind since Superbad, Wilde’s slick, unpredictable frolic can sometimes feel like several movies at once. This riotous celebration of sisterhood is so dense with anarchic developments it often threatens to collapse into itself, but avoids lingering on any gag long enough to let that happen.

For all its rapid-fire entertainment value, Booksmart operates in a similar space as Bo Burnham’s Eighth Grade — exploring awkward excruciation and finding empathy, but more polished. Booksmart revolves around a straightforward story about teen friendship: Best friends Amy (Kaitlyn Dever) and Molly (Beanie Feldstein) have forged such a close bond as the movie begins that they have little need for anyone else. Together, these wunderkinds have spent a lifetime invested in being uncool in order to prosper academically and get into the best colleges. Bossy and insufferable, with dreams of being the next Ruth Bader Ginsberg, Molly’s world, however, is violently flipped over when she discovers that many of the stoner losers and sluts (male and female) have also been accepted to Harvard, Stanford, and some of the best schools in the country. The revelation of Molly’s shock and realization is captured by Wilde and cinematographer Jason McCormick in lavish slo-mo in the high school hallway, as hordes of students celebrate with streamers and water-filled condoms, one of which bursts on a baffled Molly’s face. 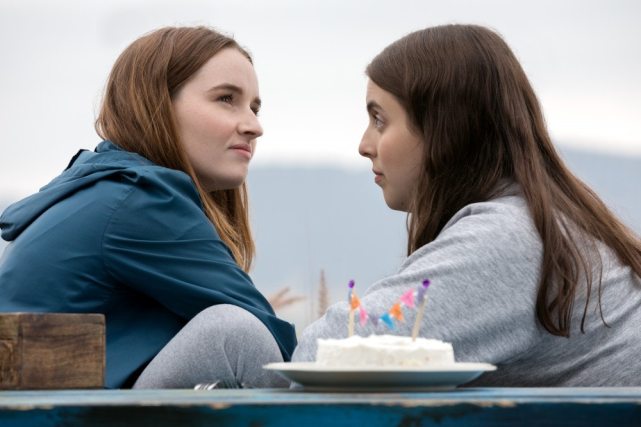 Needless to say, this new information kicks Molly’s competitive instincts into an even higher gear, as she persuades Amy into a strategy to make up for missed time in the night ahead. “We are A+ people going to an A+ party,” she tells Amy, a self-deprecating klutz who rolls with the plan even as she seems more confident retreating further into her shell. The movie wastes no time establishing the girls’ appealing dynamic: Molly’s a verbose overachiever who relies on Amy’s lower-key tone for stability’s sake, while Amy — who’s openly gay but sexually inexperienced — allows Molly’s ceaseless enthusiasm to guide her routine. The pair’s symmetrical relationship already has a decline, since Amy plans to head to Botswana when Molly goes to college, which means an angry showdown about their friendship’s uncertain future is inevitable. But all the familiar beats that charge through Booksmart are met with the same zippy energy as the many humorous twists to come.

Over the course of a long evening, the girls hurdle across the town in search of debauchery that evades them to a comical degree. First, they wind up on a nearly-empty cruise ship with a affable rich kid Jared (a very funny Skyler Gisondo) and his loopy, hyperactive “girlfriend” Gigi (a scene stealing and even funnier Billie Lourd). That dead end leads them to a buttoned-up performance party by the class’ two theater queens, where an accidental drug trip unfolds as an impressive stop-motion animated sequence. All these developments happen and build to the night’s big house party. Even as it adheres to formula, Booksmart keeps up a relentless beat, careening from fantasy sequences to awkward sexual encounters with an alluring flow of fast-paced dialogue. The script, by Emily Halpern, Sarah Haskins, Susanna Fogel and Katie Silberman, has a loose shagginess that might take us on a recognizable route, but it’s one with unexpected detours (and it’s one that could maybe be a little more uproarious with every character’s politeness, but I’m not really settled on that). 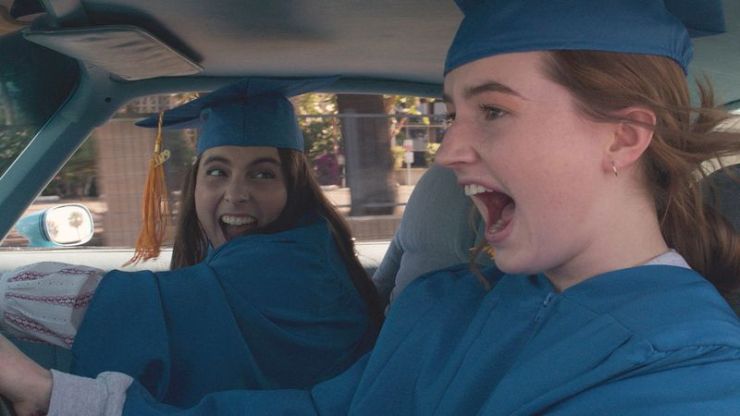 It should come as no surprise that Wilde imports her screen experience to becomes an actor’s director, favoring closeups and allowing her jubilant stars to define the movie’s delicate balance of boisterous delivery with an emotional foundation. Feldstein follows in the footsteps of her brother Jonah Hill as a lovable dope, while Dever invigorates the “smart-ass teen” trope with renewed depth. No matter how silly it gets, Booksmart never sacrifices the authenticity of its two leads. Though it juggles a few too many subplots and frivolous supporting roles, but that itself mimics the girls’ desperate quest to make the most of their limited time together. Wilde evades sentimentalizing this situation any more than its sarcastic characters can stand. Right down to the final cut to black, Booksmart excels at celebrating a friendship strong enough to guarantee that the party never really ends until the credits begin to roll.