One of the first words we hear in High Life, Claire Denis’ brutal, mesmerizing and entirely astonishing new film, is “taboo.” It’s an odd word for a man to teach his child, but these are odd times for Monte (Robert Pattinson), who finds himself raising a baby named Willow (Scarlett Lindsey) aboard a spaceship drifting millions of miles from Earth. “Taboo” — with its suggestions of the forbidden, of the boundaries that must never be crossed — is an apt word for the horrors that have befallen this lonely vessel. It might also describe the endless possibilities lurking outside, in the furthest reaches of the unknown. The unknown is a familiar hunting ground for the seventy-two-year-old Denis, one of the most consistently captivating filmmakers in the world today. Her movies are at once tactile and elusive, as oblique in structure as they are overpowering in atmosphere.

High Life begins among the stars, as our closely shorn Monte (a primitive Pattinson) fixes the outer hull of his spaceship while trying to ignore the wailing baby monitor that’s connected into his helmet. Wherever Monte is in the universe, it’s beyond where anyone has been before — but he’s not there alone. There’s an adorable infant, and a number of dead adult bodies, all of which are thrown into space by Monte, creating the title card of their motionless bodies floating in the void of the time. In a film that dances from that indelible image to another with such a natural grace that it almost feels as if Denis simply found them that way, this introductory shot may be the eeriest and most unshakable of them all. Needless to say, High Life isn’t your average sci-fi movie. In fact, Denis rejects the genre designation outright, insisting that her latest and most elliptical opus is far too grounded to be lumped in with the likes of Star Wars or Solaris. 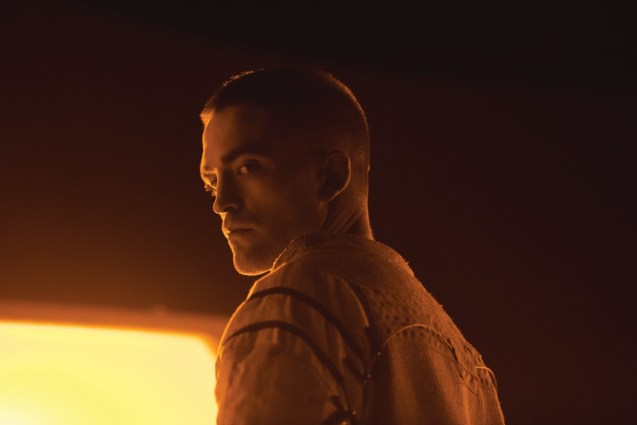 Besides the most immediate point of reference for High Life, it isn’t George Lucas or Andrei Tarkovsky, for recent comparisons it’s actually Paul Schrader, whose First Reformed might be the only recent film to be so preoccupied with the end of all existence, and the possibility of wresting some kind of future from the black darkness that stands in front and stretches out before us. As horrifying and ambiguous a space odyssey as one might be from the singular mind behind White Material and Beau Travail, High Life is an unflinching and uncompromising look at humanity on the brink of apocalypse.

High Life comes still in a heavy Claire Denis fashion, her cinematic language is beyond words. Her movies often communicate nonverbally, through the gestures of its characters, images and the obfuscated logic of their enthralling time-jump structure. It can take a minute or two for you to get your bearings and get a firm grasp of what’s going on. Which is exactly what High Life does, dropping us into the doomed vessel with Monte and an infant. As Monte fixes the ship and logs his vitals into the ship’s mainframe, only to get assurance to keep his life-support active (a brilliant and palpable metaphor for living paycheck to paycheck).

From the outset, when Monte pushes the series of adult corpses out of the ship into the black void of space, High Life suavely disregards the laws of physics as well as the conventions of thriller plotting. Movies like this are supposed to end with a high body count, but time here is aggressively nonlinear. Soon we’re navigating the first of many flashbacks to Monte’s life with his crew, all of whom, we learn, are convicted criminals who have been sent on a government mission to investigate a distant black hole: a prison term and a death sentence all at once, all in the name of science. The structure comes in the essence of a morphine drip, dripping out background information at a slow, steady pace. It’s there where they are trapped in isolation and are stuck, unable to escape their true selves. It’s there where all that’s left in the human condition is lust.

We get to know only a few of Monte’s fellow travelers, but most of them have grim backstories and a tendency for violence. Juliette Binoche plays a diabolically single-minded scientist named Dr. Dibs. Mia Goth embodies the survival instinct as its fiercest, while newcomer Jessie Ross turns up as a more optimistic life force. A soulful André Benjamin, a.k.a. André 3000 of Outkast, provides a kindhearted center of gravity as Tcherny, who left behind a loving family and now reigns himself to working in the ship’s greenhouse. That lush, dewy garden is a clear nod to an earthly paradise lost. It looms and reverberates amid the film’s deep gloom and spare, minimal visual design (the transfixing cinematography and production design by Yorick Le Saux and François-Renaud Labarthe, respectively).

Dr. Dibs is bent on achieving human reproduction in space, and to that she ruthlessly exploits the bodies of her fellow prisoners, subjecting them to a twisted mix of all sorts of lab tests and experiments. Only Monte initially foils her plans. Unlike the other men on board, he neither participates in the doctor’s mandatory sperm collections nor the autoerotic chamber that stands as the ship’s most provocative and least hygienic design element. As Monte keeps the doctor’s ambitions in check, it gives Denis’ appalling vision an infusion of warmth from Pattinson, an actor of brooding intelligence and remarkable physical grace. Denis’ fascination with the angularity of Pattinson’s face is clear, as she holds firmly on his face while he plays with Willow. His ability to hold the screen seem both effortless and limitless. He also achieves a heart-melting harmony with his toddler co-star, whose character is a testament to both this story’s extraordinary contrariness and its improbable beauty.

Claire Denis’ unsettling achievement here is the way she turns genre conventions inside out. Denis is among the most sensuous of filmmakers and, in more than one sense, the most fluid: High Life is a hauntingly poetic vision of human decline, a sensory immersion of a space odyssey smeared in the odor of blood and urine, semen and tears, lost in the isolation of space and depravity. The main story elements — a doomed crew and a deranged experiment — may sound like the stuff of Alien and countless other imitators, but rarely have you seen these elements reconfigured with such an exquisite blend of tenderness and brutality. It’s prolonged tension and isolation finally arrives at a shocking moment of release. It’s at this moment that you will either fall in love with this film or abandon ship, as the final taboo is expressed through a sublimely lovely tune.