Humanity has long been fascinated by serial killers. Likely because it brings the question of “How could one human be capable of doing such evil acts towards another?” Ted Bundy remains one of the most intriguing monsters in history because of how strongly people wanted to not believe he could be capable of the horrors he inflicted on women throughout his life. He was famously charismatic, to the point that he gained a following of young female supporters all throughout his murder trial. The polarity between Bundy’s seemingly charismatic nature and the nauseating crimes he committed is the core of the new film Extremely Wicked, Shockingly Evil and Vile, in which Zac Efron puts on the charm attack as Bundy. The story of Bundy’s crimes is told through the eyes of his longtime girlfriend Elizabeth or Liz (Lily Collins), or at least they attempt that. While it doesn’t quite fully click into the gear it’s aiming for, Extremely Wicked boasts a truly impressive performance from Efron.

The casting of Efron as Bundy is pretty perfect. Bundy, after all, was a ladykiller in multiple senses of the word — as he often used his good looks and charm to get his victims alone and, as said before, also used them to gain a following during his trial. Much like Bundy, Efron harnesses his star power in a devious, diabolical way; you come for the star, you get the monster lurking underneath. But in Extremely Wicked, director Joe Berlinger, never fully gives us the monster. The film takes a provocatively unintuitive approach to the material: Rather than dramatizing Bundy’s atrocious crimes, it leaves them almost entirely off screen, and in fact unfolds from a position of pretended ignorance, presenting the events as though his guilt were an open question. But as previously mentioned, Extremely Wicked attempts to have its story not be from Bundy’s perspective, but from his girlfriend Liz, who the film suggests long resisted accepting the truth about him.

That’s a potentially interesting way to tell this story, especially given who’s telling it. Berlinger, who also just made a Netflix documentary on Bundy, has acknowledged that he felt a personal connection to Michael Werwie’s screenplay and its gaps in information. This is also the same director who spent huge stretches of his career doing the Paradise Lost trilogy. A trio of advocacy documentaries, that operate under the conviction that the West Memphis Three were innocent, or at least not guilty beyond the shadow of doubt. Given that particular creative history, Extremely Wicked plays like a kind of nightmare scenario, an expulsion of the director’s worst fears: What if the imprisoned suspect, swearing that they got the wrong guy, was lying the whole time? What if Berlinger, like Liz, could be seduced by a guilty man?

That angle, sadly, doesn’t really work. It depends, for one, on the audience either knowing absolutely nothing about Bundy going in or being willing to play dumb and go along with the thought experiment. More fatally, Extremely Wicked can’t seem to commit to its apparently limited POV. Developing over a number of years, Extremely Wicked comes on like it’s adopting Liz’s perspective. But there’s nothing especially dramatic about the scenes of Liz crying, smoking and handwringing glued to the TV as more details emerge, locked in a state of denial. The film is going for those sequences to display her internal wrestling, except those moments are inherently internal, and hence hard to dramatize. 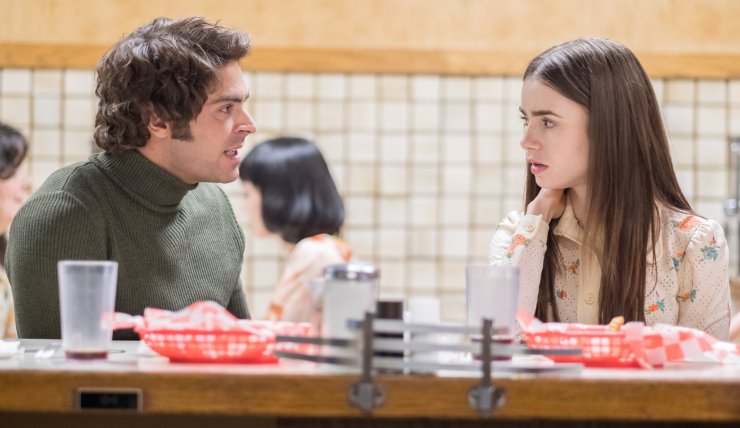 As the movie progresses it continually leaves Liz’s side and returns to Bundy — whether it be him escaping out the window of a courthouse or bantering with the judge (John Malkovich) of his Florida trial. Progressively pretending to be about Liz, while it really has its fascination for Bundy. Berlinger may think he’s taking the non-sensationalized approach to the film by refusing to depict Bundy’s shocking murders. But by only showing his public face and the showboating charm that made him a sensation in the media, Extremely Wicked risks minimizing his evil.

Extremely Wicked, Shockingly Evil and Vile at times offers a unique insight into how the inhuman actions of a monster impact their own loved ones. And how we as humans will go to great lengths to ignore the actions of those we love. Asking the question, “if the person we love is a monster, what does that make us?” But most of all, this film owes a lot to Efron, who’s pretty pitch perfect in delivering the best performance of his career thus far. Efron imbues Bundy’s charm, but never to a point of tipping the scales into glorifying the man. He really makes you believe that someone could fail to recognize the wolf he kept draped in sheep’s clothing. But though Efron’s performance is a career best, he simply just can’t save the film, as it continually suffers from its seemingly limited point of view.

Extremely Wicked, Shockingly Evil and Vile is available to stream on Netflix now.